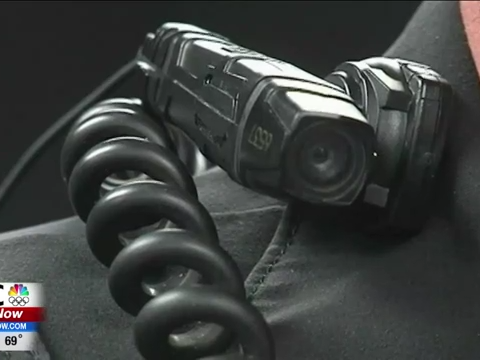 WASHINGTON – Starting in January of 2022 House Bill 1223 will take place requiring law enforcement officers to electronically record audio and video of interrogations if the interrogation is a juvenile or related to a felony.

I reached out to multiple Police Departments across Benton and Franklin County as well as Yakima County to see what they are planning on doing.

Pasco Police Department was the first in the region to have body cameras put in place in 2018 and they said they have had patrol dash cams for the last 20 years.

Ellensburg Police Department told me that they implemented body cameras in march of this year and officers were issued an individual camera.

I also spoke with Richland Police Department and they said they are planning on getting body cameras before the end of the year.

When I spoke to Yakima Police Department, they said they are not planning on getting them anytime soon.

“The Yakima Police department remains interested in body cameras and may invest in that technology some point in the future but right now it’s just not affordable.” said Randy Beehler, Communications and Public Affairs Director for City of Yakima.

Yakima PD did recently get 57 new patrol cars with new dash cams; they spent 4.6 million dollars in the American Rescue Plan funds that was given to the city of Yakima. All the police officers at YPD do have audio recording on them as apart of their uniform.

When I reached out to Union Gap Police Department they said even though the cameras are expensive, they plan on getting them before the end of the year.

“We don’t have video right now, body cam or dash cam. Theres reasons for that. We’re a smaller agency and it’s difficult for us to keep up with Washington’s Public Disclosure Laws with a small staff.” said Gregory Cobb, Chief of Police of Union Gap Police Department.

“We recognize it for what it is, it’s a backdoor to get body cameras on all police officers and you know we’re okay with that. We want to make sure our officers are safe so where going to implement body cameras and be in compliance with the law.” said Cobb.