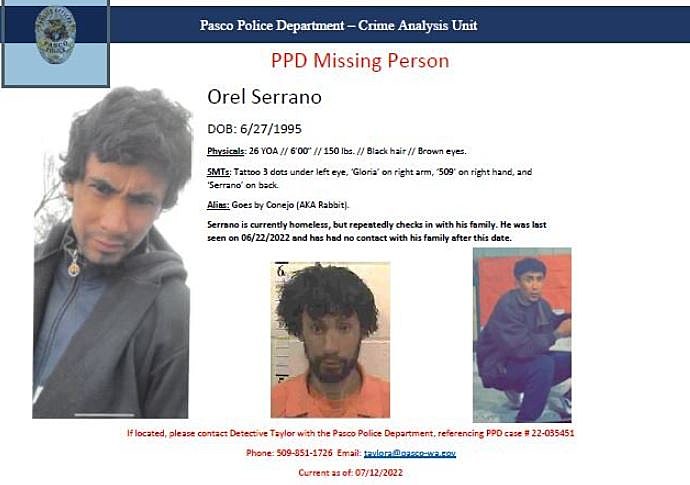 Orel Serrano, age 37, was apparently last seen over 2 weeks ago according to his family by way of KEPR-TV reports.

Police say he is known to frequent areas of downtown Pasco. He’s 6′ tall and 150 lbs. according to Pasco Police.

His family, says KEPR-TV says he was last seen June 22nd. He has the word “Gloria” tattooed on his right arm, and “509” on his right hand.

Reports say he is considered homeless but often checks in with his family. Anyone who may have information about his whereabouts is urged to call (509)-628-0333. All leads can be confidential.

25 True Crime Locations: What Do They Look Like Today?

Below, find out where 25 of the most infamous crimes in history took place — and what the locations are used for today. (If they’ve been left standing.)