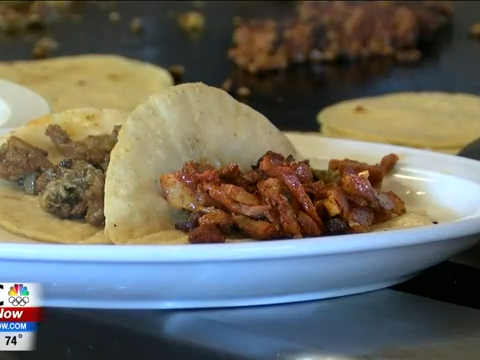 PASCO, WA – A community favorite event, the Pasco Taco Crawl, is back and spec-taco-lur more than ever starting October 1st through October 16th!

“We created this event in 2016 because everyone loves tacos and also because it’s a way to get more people to explore Pasco.” said Emily Maloney, who’s on the Pasco Taco Crawl Committee.

Today is the last day to buy tickets for $26. Tomorrow and from now on, tickets to participate in the Pasco Taco Crawl go for $30.

The winner of 2019’s Taco Crawl was Trejos Mexican Restaurant.

“We are very excited that it’s coming back this year,” said Cesar Trejo, owner of Trejo’s Restaurant.

Last year’s Pasco Taco Crawl had to be canceled due to COVID-19.

In the past, the Pasco Taco Crawl had had as many as over 1,140 participants. this year, they had to limit tickets to 750 due to the pandemic.

“This is a great way to not just eat great tacos but also to uplift your community,” said Maloney.

All proceeds will go to the participating businesses and the Boys and Girls Club.

“Many of our restaurant owners participating in this event have their kids in the Boys and Girls Club. It’s a huge help to the community.” said Maloney.

“The Boys and Girls Club does so much good for our community. My daughter is in it, she loves going and doing her homework and it’s great for parents that have to work,” said Trejo.

Parents like the Trejos, who both have to work in their restaurant every day due to the shortage of hospitality workers.

“We are very short-staffed and have to work a lot,” said Trejo.

But Trejo loves what he does. He’s been cooking and making/selling tacos since he was a child.

“This is a great privilege,” said Trejo. “Our restaurant received much more business after the Pasco taco Crawl. Not too many people come to east Pasco and our business is kind of hidden. So this is a great way to get everyone from Eastern Washington to come to our area.”

Even one customer came all the way from Othello.

“This is the only place where I can get my favorite shrimp.” she said.

Will Trejos’s tacos be named best taco again this year? Or who will it be next? Join the Pasco Taco Crawl to find out!