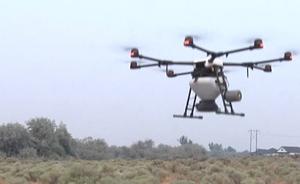 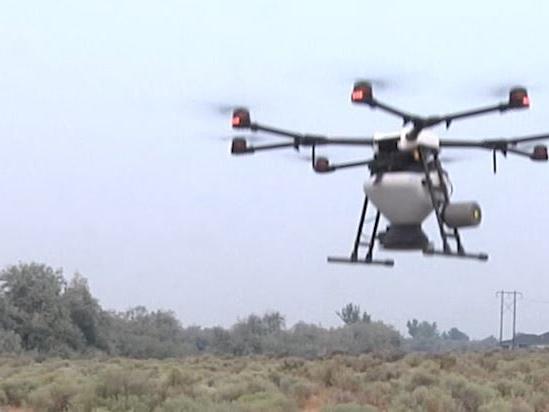 Benton County Mosquito Control District has been testing mosquitos in our area for the West Nile virus.

Angela Beehler is the District Manager for the Benton County Mosquito Control District, and she says its all over our region.

So they focus on treating the wetland-type areas, because mosquitos are often found near still water.

“So when we talk about West Nile virus were looking for areas of permanent stagnant polluted water,” said Beehler.

The district treats on the ground, in trucks, from planes, and now, with a drone.

Depending on the terrain and location, it may take one person on the ground up to an hour or more to treat an acre, but the drone can do it in four to five minutes.

They got the drone just this year and started using it in June. As of now, they’ve already treated 400 acres with the drone alone.

They tell me the biggest thing they do is larviciding, which means treating the mosquito larvae before they hatch. The drone helps treat those spots that are tough to get to.

Hannah Trappett is the UAS operator for the Benton County Mosquito Control District.

She says the drone goes over the areas with the larvae and drops the treatment into the water.

“Its tiny little pellets. They drop into the water and it’s an extended release so it’ll take up to 30 days for it to fully dissolve so that means you get thirty days of control, give or take depending on vegetation and stuff,” said Trappett.

It is the peak season for the West Nile virus. Benton Franklin Health District says to make sure to get rid of any standing water around your yard and try and stay inside during prime biting times, which are at dusk and dawn. If you are going outside, make sure to use an EPA-approved insect repellent.

“Being really diligent for this next week or two is going to help us to not have those human cases or human illness popping up throughout the district,” said Beehler.

So for more information, you can head to https://www.mosquitocontrol.org/ for route information and to learn more about what they do.